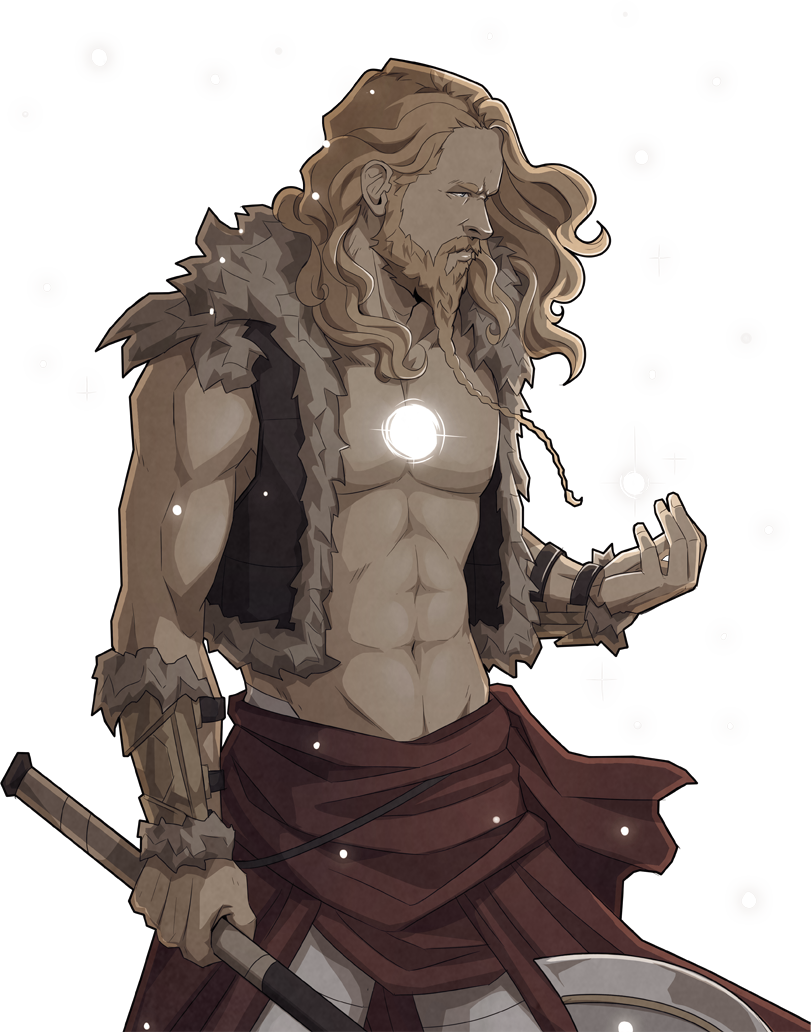 The gallery is still a work in progress I need much more time for. Check out the other pages.
Tile view 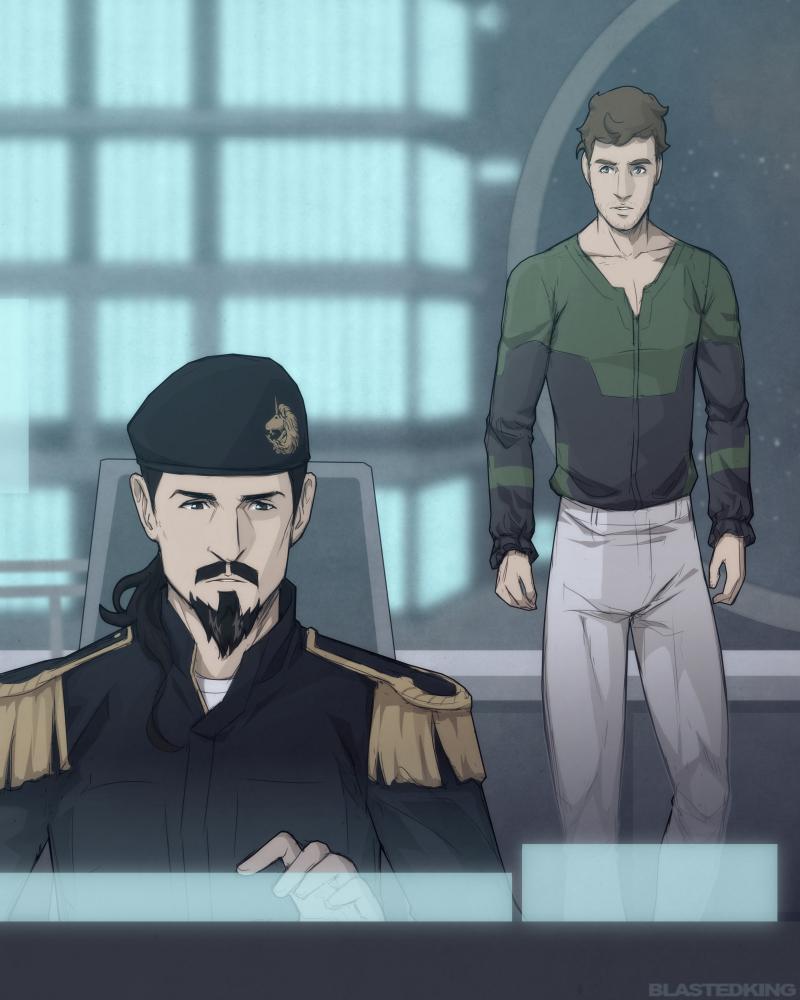 The heat clawed its talons into his flesh, dragging him into the darkness, and as the overwhelming fire swallowed him whole, he woke up. Ice–cold sweat covered his skin and he shuddered when he threw the blanked aside.

The floor was warm against his feet, faintly he sensed the familiar pulse of the submarine's engine. It calmed his nerves.

His body ached when he stood up. He barely wanted to get dressed but he did so anyway. Trying to go back to sleep seemed even more unappealing.

Angus left his room and made his way up the deserted feeling DSS Hootsforce. In zero gravity he would be able to just shoot through the main shaft straight up in no time – but right now, his own weight was pressing him down onto the metal floor, almost as if it wanted to keep him from coming up further.

He sighed when he reached the command deck, then turned to the front panels. Ralathor sat with his back to him.

“Did you fall asleep?” Angus asked, his voice tired but light, a faint sense of déjà vu tingling in his mind.

“I did not.” Ralathor wasn’t startled, nor did he turn to face Angus who in turn walked up to him and sat down in the seat next to the commander.

"It's those nightmares still," he admitted before Ralathor could ask. "Actually…" Angus took a pause, his eyes unfocused as he looked around the command deck that seemed so different when it was deserted like this. Almost unreal. "I'm not quite sure I'm not still dreaming."

From the corner of his eyes he saw the slight move in Ralathors face and was surprised to see a weak smile in the corners of the other man's mouth. The worst thing about it though, was that it didn't seem very happy.

"What makes you say that?" the commander asked, accepting the bait.

"I don't know – things are going a bit too well as of late, don't they? I feel like something should be happening, something to really kick us in the ass. But it's not."

"What exactly do you expect to happen?"

Angus shifted on his seat, looking at his own knees while sorting his thoughts. What came to mind were vague ideas of massive explosions, tears in time and space, and by hoots, that blasted fire again – the images weren’t like memories, not quite, but they felt as familiar – and unsettling – as those nightmares.

His mind wandered off, trying to find something to focus on but everything he came up with seemed blurred and not quite there as that he could put it into words. Ralathor stayed quiet, not pressuring him for an answer, but at this rate he might won't get an answer in the next three hours. If even. Then again – time wasn't a factor the commander seemed particularly concerned about.

Angus frowned slightly, something like a faint headache in the back of his brain poked him as he thought about Ralathor now. He did remember the legend of the Hermit that helped the first Angus McFife all those centuries ago – and then there was Ralathor now. The pain increased as did a terrible desperation within him – he remembered coming on this ship the first time, there had been a battle, but where had that been? And when? He barely remembered the details – he figured they had won, but how, he could not tell. He knew that he had been looking for something and then he met Ralathor – he had helped him. Helped him ever since without question, fighting side by side.

"Do you remember when we met?"

Ralathor looked at him, his eyes tired. "You have to be a little more specific about that, Angus."

"What was that battle about? The last one."

Ralathor stayed quiet for a moment. His eyes fixed on the screen before him but Angus could see in his face that he wasn't really looking at it.

"It feels like an eternity ago, doesn't it? An evil threat, a problem to solve, forces to gather – I admit, things have become a bit blurred in my memories as of late."

Angus raised his head in surprise, staring in utter disbelief at the sub commander.

Ralathor was lying to him.

Maybe for the first time since he knew him. A fact that not only greatly confused him as to why he would do that over this topic, but also hurt. It felt like betrayal – and yet, or maybe because of that, he was unable to call him out on it.

"I guess it's really been a while..." Angus said instead, unable to hide the bitter undertone in his voice.

The silence that followed was suffocating. Maybe if Angus were drunk he might have begged him now not to lie to him, but as it was he could not bring himself to it. Maybe out of pride, maybe out of fear to learn the reason for it after all.

"You should sleep, Angus. Tomorrow is going to be a long day." 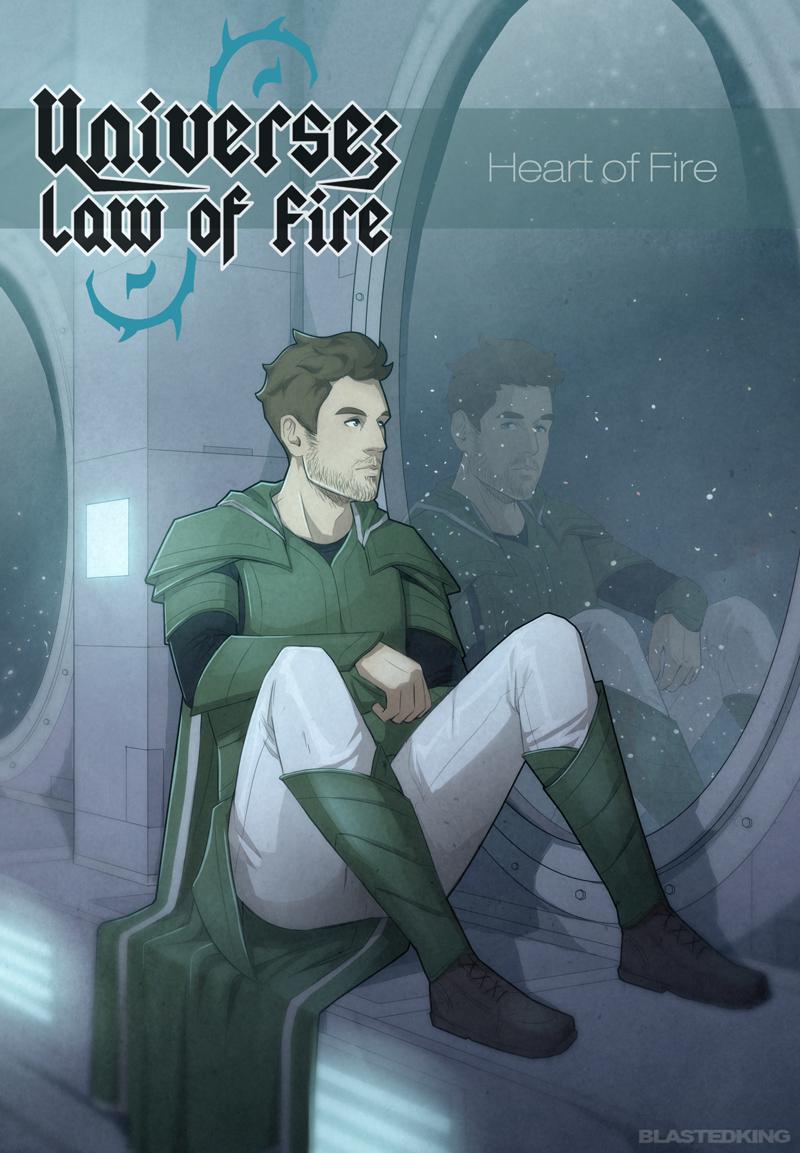 Unbearable heat pressed onto his body. Fingers of molten stardust grasped at his limbs, pulling him down, into the abyss, where raging flames embraced and impaled him.

He felt the fire and yet he was freezing cold.

He shivered, ripped from the nightmare by the mercy of his brain, his breath flat and staggered. His fingers trembled as he wiped the ice cold sweat from his face.

Casting the thin blanket aside, Angus sat up and pressed his bare feet against the smooth metal floor. It was warm against his cold skin. Through it, he felt the low pulse of the submarine and for a moment he kept his eyes closed, taking a few deep breaths, trying to calm his still shaken mind.

This nightmare wasn’t new to him. On the contrary, since the beginning it had felt strangely familiar. Although he couldn't even remember when it happened the first time. Horrible, unpleasant and allconsuming nightmares – and there was something deeply unsettling about them he couldn't quite put his finger on. More unsettling than the concept of death.

He slipped into clean, light clothing that would keep his honour intact while walking the ship and left his cabin. There was nothing royal about it, the room was as functional as everything on the DSS Hootsforce and not much beyond that. It didn’t bother him much. He liked this ship because it was a great ship, a powerful force of the light. Nimble and quick – royal standards be damned, this was a good ship to be on.

And he was here with the people he trusted the most. Powerful allies and the best of friends.

He took the ladders to the command deck. To this day he still struggled to orientate the submarine interior with its hull. The large, round windows were in truth convincing screens, displaying the outside from viewpoints that sometimes didn't quite align with the sub’s actual orientation.

Fortunately, there was little risk of getting lost between the quarters and the command deck while under trust. He simply had to go up to the very top of the conning tower. Or front, from whatever angle one was looking at it.

He met no one on his way. He hadn’t expected to. The Hootsforce operated under a simulated day night cycle – even though most of her crew didn’t seem to have much use for it – and the according work shifts. With the graveyard shift came empty corridors and the cold blinking lights of deserted stations on autopilot.

Angus wasn’t surprised to find Ralathor on the command deck, sitting in front of one of the front monitor panels.

Why he wasn’t surprised, or how he could possibly have known that he would find the man here wasn't important, Angus was glad about it either way.

“Did you fall asleep?” Angus asked, his voice carrying a cheerful pitch that betrayed the turmoil his nightmares had left.

“I did not.” Ralathor wasn’t startled. He didn’t turn to face Angus who walked up to him and sat down in the seat next to the commander. He only briefly looked at the bright screen. Whatever Ralathor had been looking at was, to Angus, nothing but important sounding wizardry.

“You look like you did, though. What woke you up?”

Angus blinked, only really looking now at Ralathor, and he somehow couldn’t shake the feeling that Ralathor had expected him. But really, would that surprise him?

“Just dreams.” He waved the idea away with one hand, partly to convince himself that it really was nothing at all. It did not help. Neither did the silence that followed. Ralathor looked away from him, so he turned his attention back at the screen.

Ralathor had never been one of many words, and it had never bothered Angus before. He was quite comfortable to fill a conversation for two if he had too but this time, he didn’t know what to do with this silence. When it stretched to the point of discomfort he finally said: “It’s the same dream, actually. For a while now.”

Never so much did he long for the bait to be taken, to be asked, to be noticed. For a reaction that’s more than a simple acknowledgement of his words. “It’s an inferno. Flames everywhere, tearing me apart. I can feel it on my skin, but inside of me, too. Quite horrible actually. A little bit like that poison Hootsman brought with him the other day, heh.” He laughed, but it was a weak sound, his eyes searching for Ralathor’s. But his eyes only reflected the bright screen. He wasn’t laughing.

“Ah, you know what, it’s silly, I know. Just dreams right?” Angus' hands were restless, as was his tone. He tried to lean back but was leaning forward almost immediately again, uncertain if he should stand up and leave or not.

“Angus. Do you know where we’re going?”

“Sure,” he answered without missing a beat, he didn’t have to think about it. Of course he knew. They were on an important mission after all. For a moment a light frown drew his brows down while he tried to remember what that mission exactly was. He was sure there had been a briefing. God, he should have paid more attention.

Ralathor finally looked at him, and Angus was startled by what he saw in his eyes that looked so much darker today in his exhausted face. Not a single emotion betrayed the pale features, and yet it was as if a deep, endless ocean opened up behind those eyes. Something that didn’t seem human and yet made Angus feel deep sorrow.

There was something, maybe it was the hint of a smile as the commander answered, but if it was, it was the most sombre smile Angus had ever seen on Ralathor’s face.

“You’re right. They are just dreams.” It wasn't a smile. “Try not to think about it too much.”

Angus tried to find solace in those words and failed. “I’ll try.” 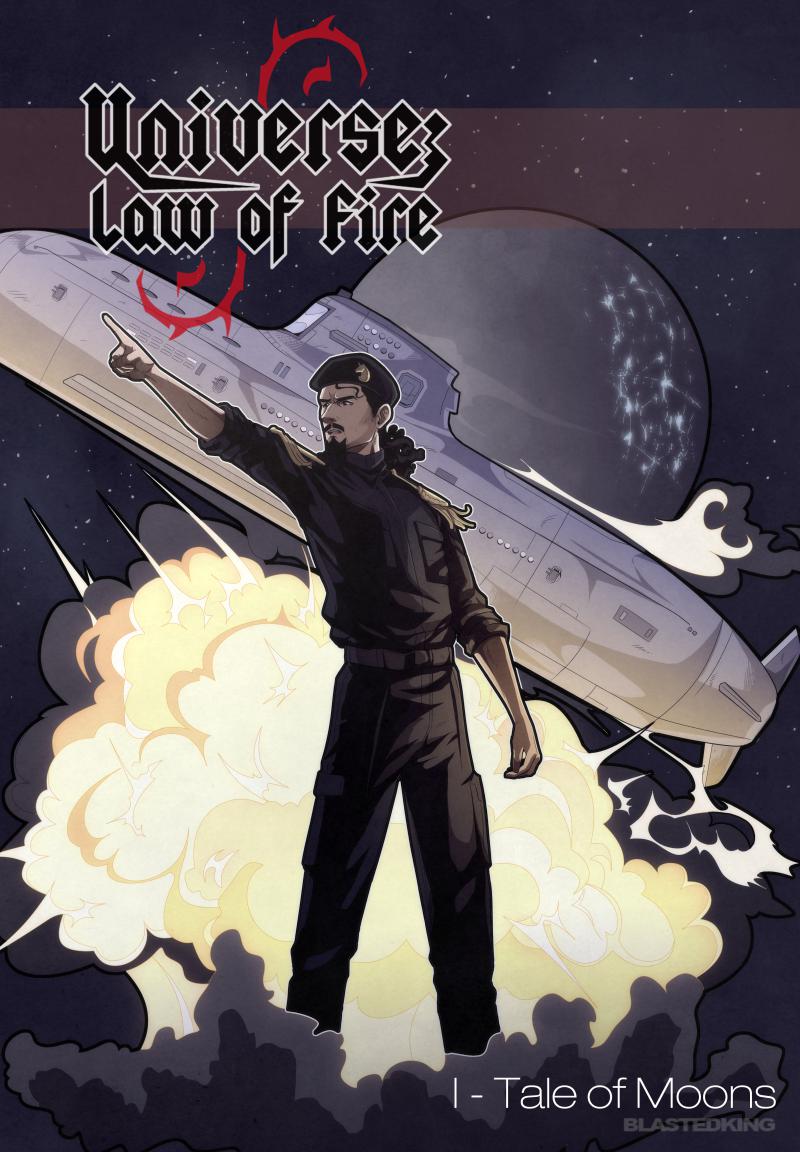 Maan im rusy in drawing all the way, with real outlines and full colour - but turned out nice. A bit busy, but hey. And thank you guys for the great reaction to the comic so far! ? 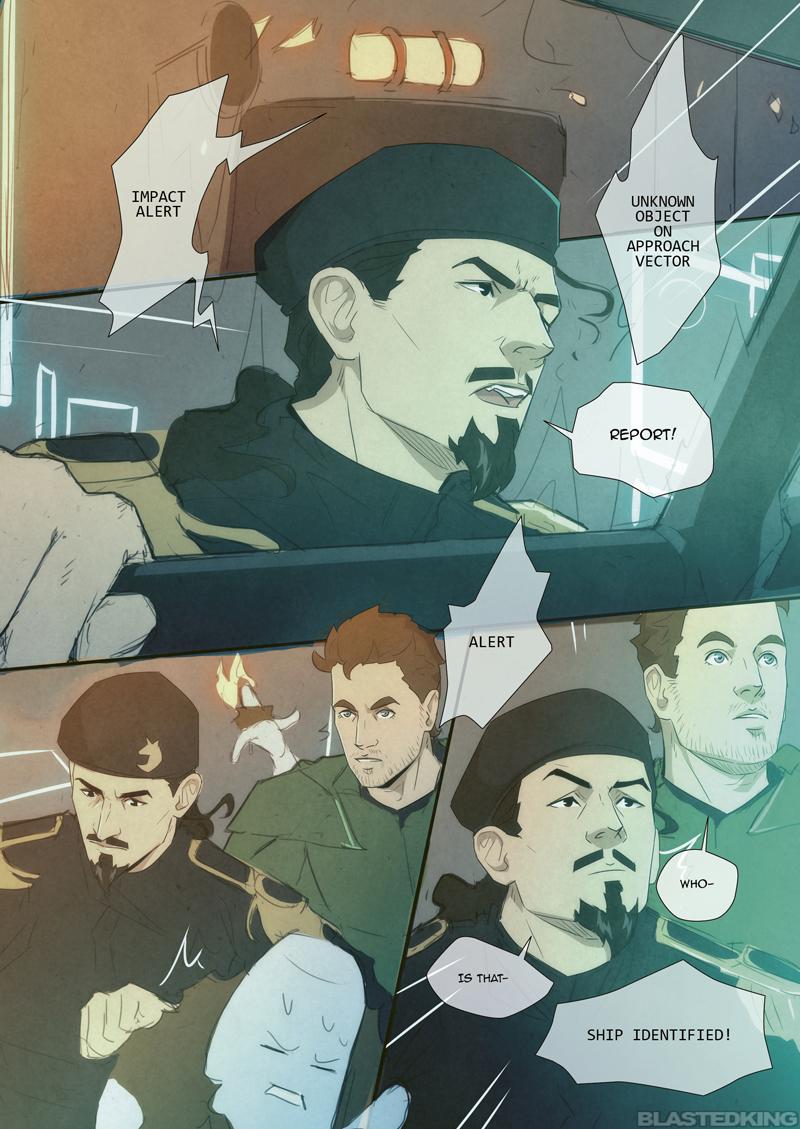 I really, really, don’t have time for this, but I do have fun with it ?. So here - more Gloryhammer Stuff! 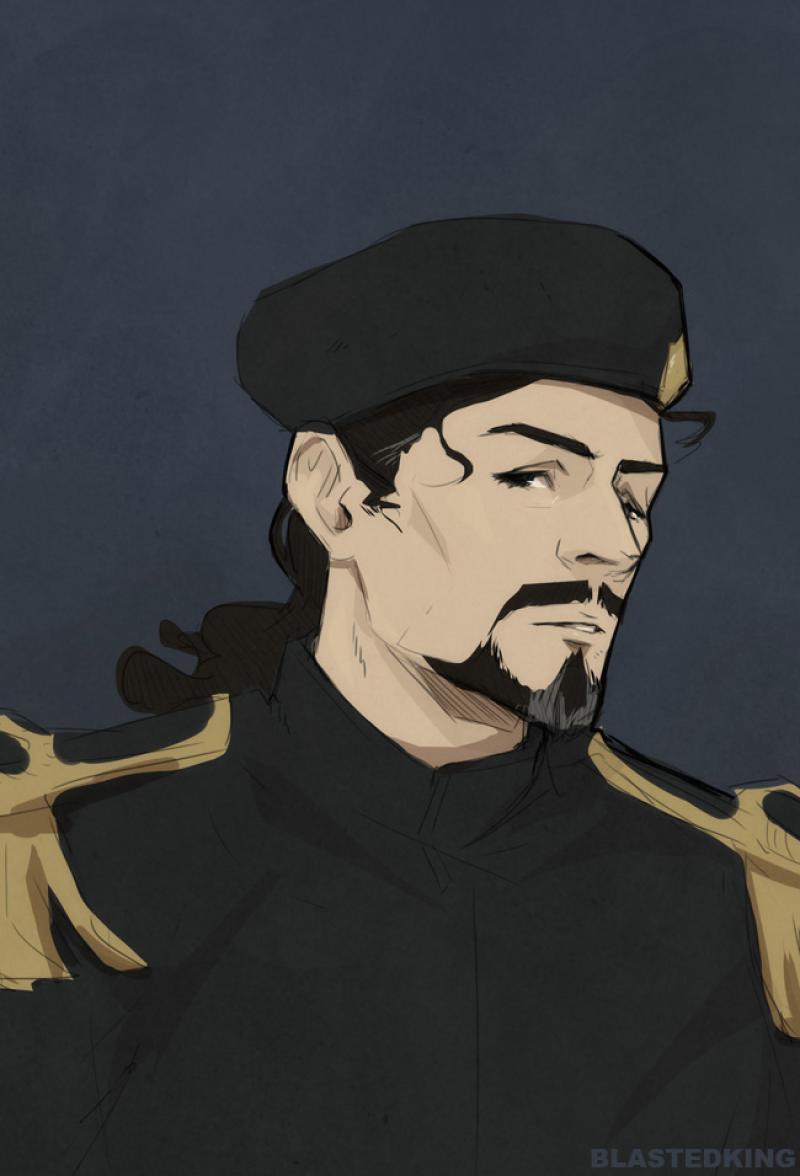